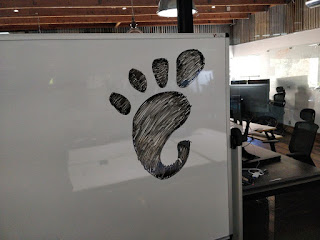 Again, I'm late with this post, but with work, travel, and GUADEC my life has been a bit of a whirlwind of late. But here it is, my thoughts on West Coast Hackfest and the work that myself and the Engagement Team did during that time.


The event was hosted at a local communal work space, and we were able to get both halves of their conference room for the full 3 days of the event. This venue was extremely nice and pleasant to work in, and many of the people who work in the building stopped in to let us know that they were fans of what we were doing and knew all about GNOME and the Foundation. Productivity wise, I think the atmosphere and professionalism of the venue lent itself to us all getting work done efficiently. 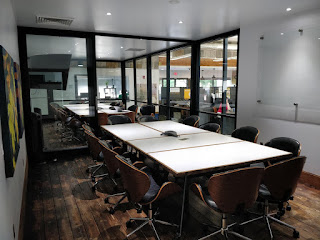 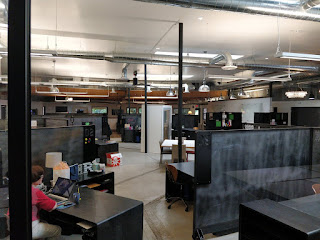 During the first day, the Engagement team focused mostly on plans to redo the www.gnome.org website, and brainstormed ways that we could see it improving. We were able to document a number of ways that the current website fell short against other, similar websites like www.elementary.io. All in all, I think we drafted a fairly large list of action items, and now it is just up to the larger Engagement team to coordinate implementing these changes. 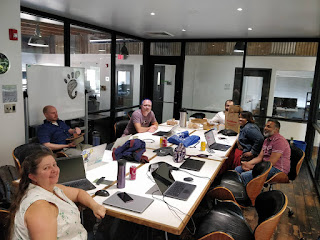 On day two I spend most of my time working on what would be the GNOME Companion Android and Webapps. These apps were written using a base framework called Connfa, and we were able to adapt and modify the code to suit or unique needs for GUADEC 2019. Most of the work done during this time was tweaking the apps aesthetically to match one another, and also look and function great. The Android app is fully coded in Java, while the Webapp was written using Angular with Javascript and Typescript. 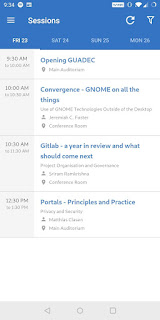 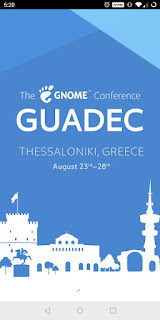 On day three, Rosanna, Neil, and I focused on getting the GUADEC schedule finalized for all of the speakers. The three of us spent most of the day balancing talk lengths, talk difficulty, speaker schedules, coffee breaks, etc. It was equal parts tedious and fun, I'd say, though working with Neil and Rosanna made it much better. Likewise, once the talks were scheduled, we began plugging all of the information into Connfa to prepare for the app usage in just a couple weeks.

In the evenings we went out for drinks, the first night being at a trendy food truck alley and then to a whiskey bar with a new friend we made at OSCon from Dell. The second night we went to a place called the "Night Market" to eat, drink, and find some local goods to buy. And on the last night, a few of us went to Sri's house for some home made Indian dishes. 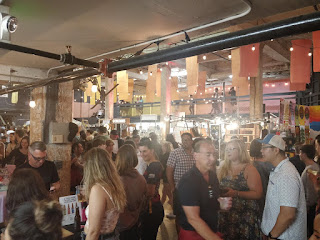 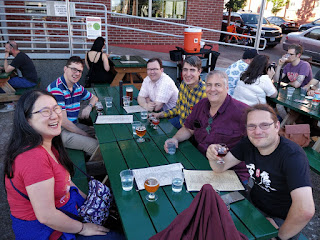 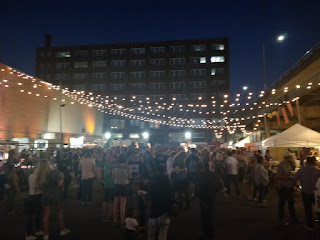 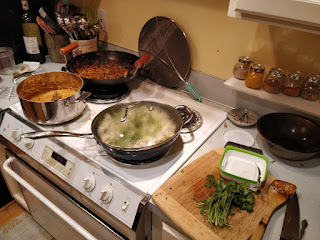 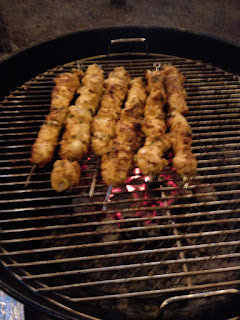 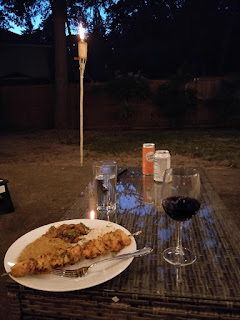 Lastly, I'd again like to thank the GNOME Foundation for sending me to West Coast Hackfest. Without them I would not have been able to attend.

July 20, 2018
GUADEC 2018 has come and gone, and with this being my first FOSS event I have a number of thoughts about what I was expecting and what I'm coming away feeling. This is part 1 of a multiple episode recount of my GUADEC 2018 experience. Before GUADEC How exactly did I get here? The lead up to GUADEC was fast-paced enough to give someone whiplash. Up until a few short weeks prior to GUADEC's commencement I was just a simple GNOME user. A month or so before GUADEC, the timing being totally coincidental, I tweeted Nuritzi, a person whose name I had just learned after seeing the GitLab + GNOME announcement video, asking her if she would be willing to speak on her perspectives in tech at my University. Being the President of the GNOME Foundation board of directors, I wasn't really expecting an answer to be honest. However, not only did she answer my tweet, she and I had a short phone call later the next day, and the next thing I knew I was on the GNOME Engagement Telegram t
Read more