October 10, 2018
This is a bit late to be written, by I'd like to take a minute to talk about this year's Libre Application Summit, that took place this past September in Denver, CO.

I was part of the planning and organizing team for LAS, though to be fully transparent my work leading up to the actual event was fairly minimal due to my Ph.D. qualifying exams happening right around the same time. For that I feel a bit neglectful, but the rest of the team did an awesome job putting everything together.

This event was Caroline's first real experience with the GNOME/FOSS community, and she did a tremendous amount of work for this event. She handled all the promotional materials, website graphics, and she even stayed up late the night before leaving to Denver cutting out custom printed name-tags for each person attending. To be quite honest, I was worried about the experience she would have at LAS. While I've been in and around FOSS for a long time, long enough to understand the quirks of FOSS folks, she was coming in as fresh to the whole scenario. My fear was that she would be scared off, though I actually think quite the opposite occurred - I think she's now more attached to the GNOME project than ever before. 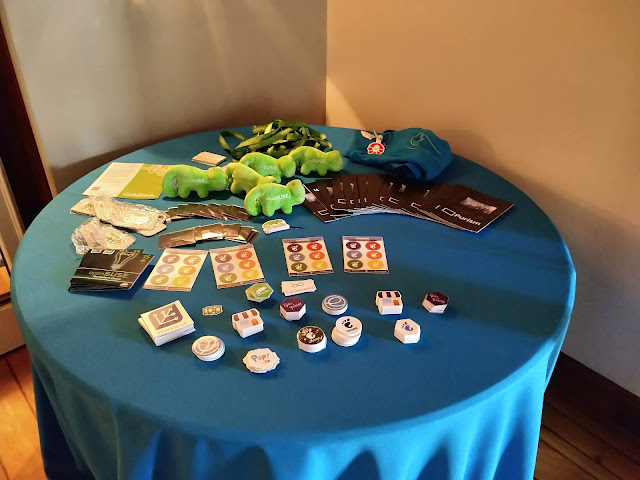 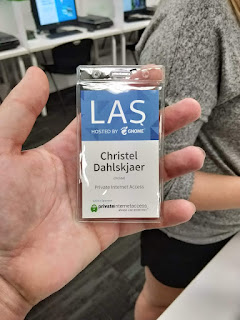 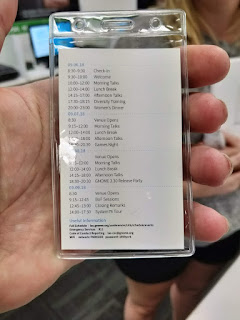 The event itself was an outward facing success from all accounts. The talks were exceptional, particularly many of the non-traditional talks focusing on education, design, and outreach. Not to say there weren't some mishaps, particularly with the AV system early on (and to a lesser extent throughout), but overall I think nearly everyone came away from the event pleased.

Somehow I inherited the duty of being the host/MC of the event as well as giving a talk of my own, which actually worked out really well. I found it oddly comfortable to be in front of everyone introducing the speakers and keeping things organized. Nuritzi had a brilliant idea to live stream all of the talkers on Twitter, an idea that I think we were all skeptical with at first, but most of our talks had 3-5,000 views within the first 24hrs, so it appears like it was a huge success.

I think at final counts there were 60-70 people in attendance, which was much more than we were expecting based on registration numbers. Many people who came were locals who were just being introduced to Libre software, and we had an awesome attendance from local students who not only attended but actually took part in our impromptu lightning talks. I think, based on their energy and excitement, that this even was a really awesome opportunity for them to get involved. 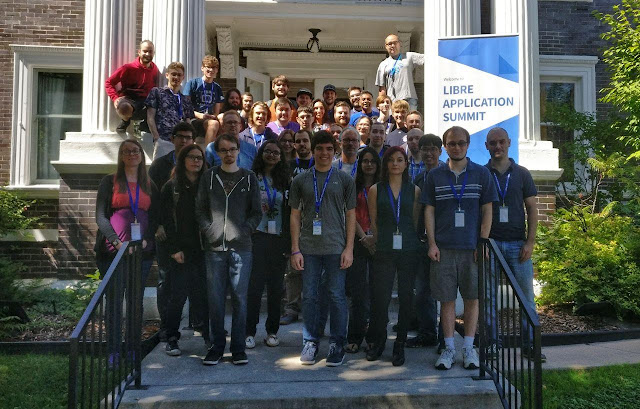 The timing of LAS was also particularly convenient for those in the GNOME community, as we were all together right during the GNOME 3.30 release. This meant we could have a true, legitimate release party! 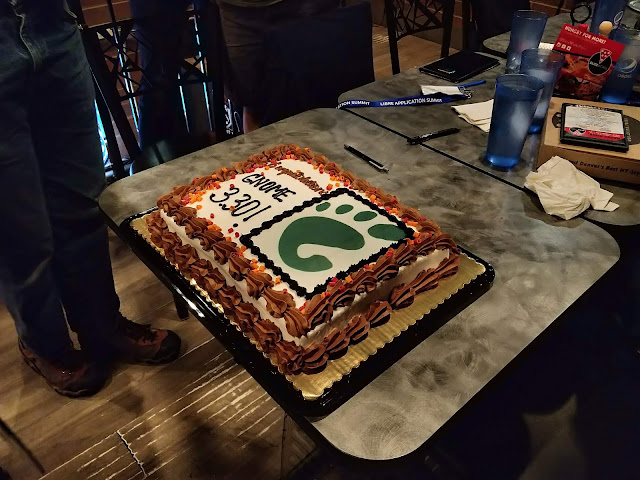 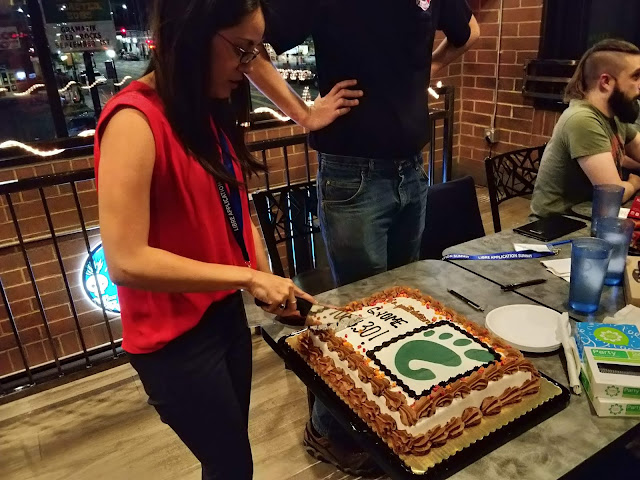 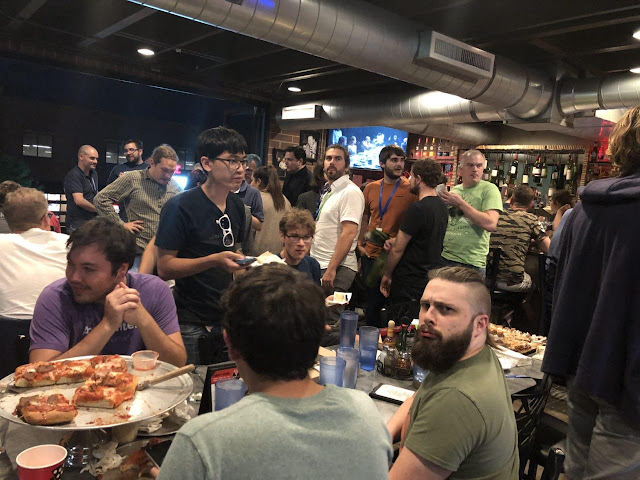 Likewise, in traditional FOSS/GNOME/Libre fashion, there was no shortage of socialization and drinking. I'm going to let the following pictures speak for themselves: 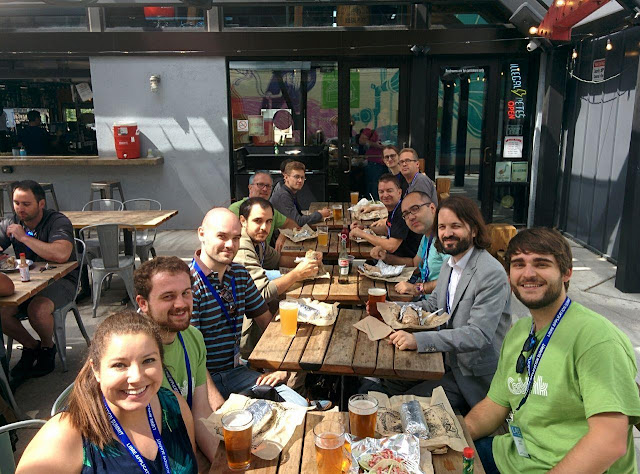 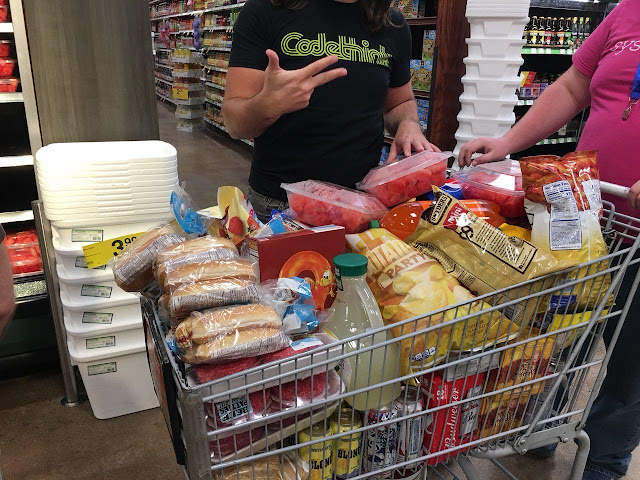 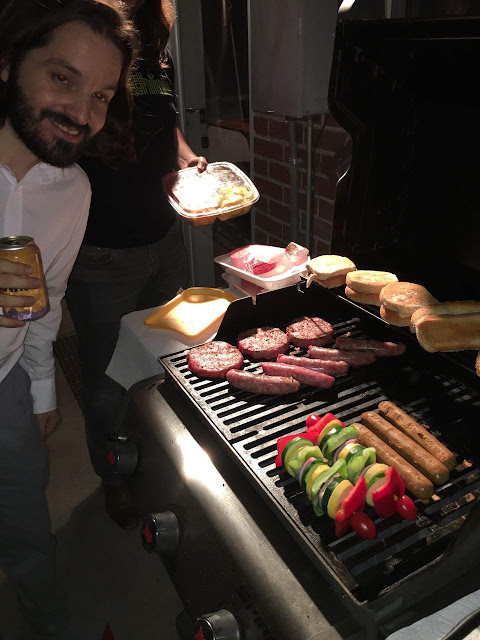 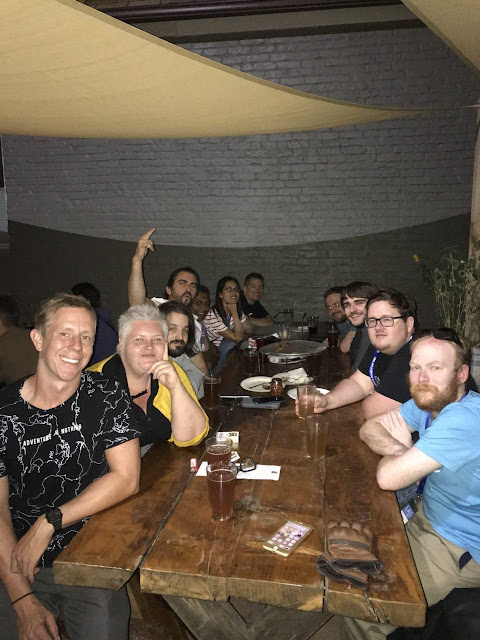 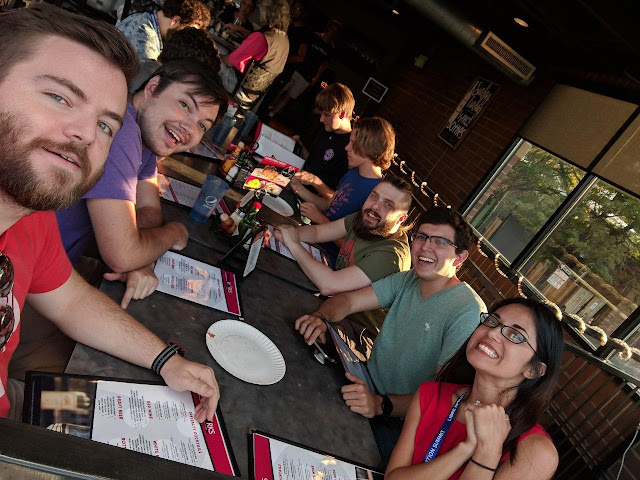 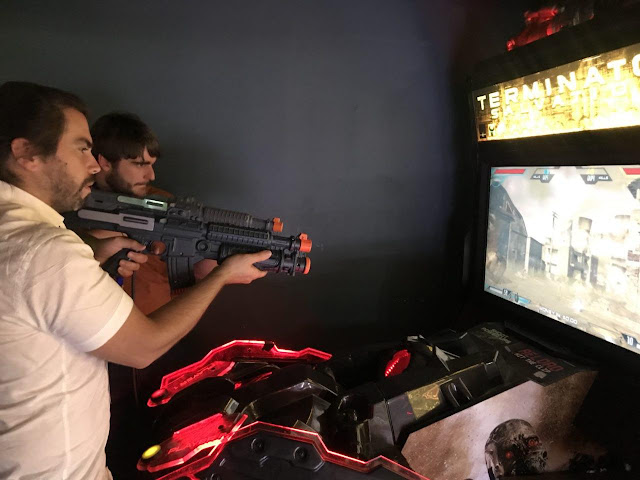 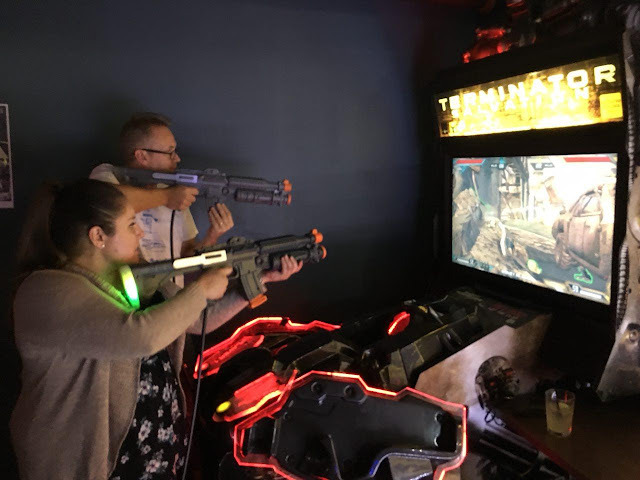 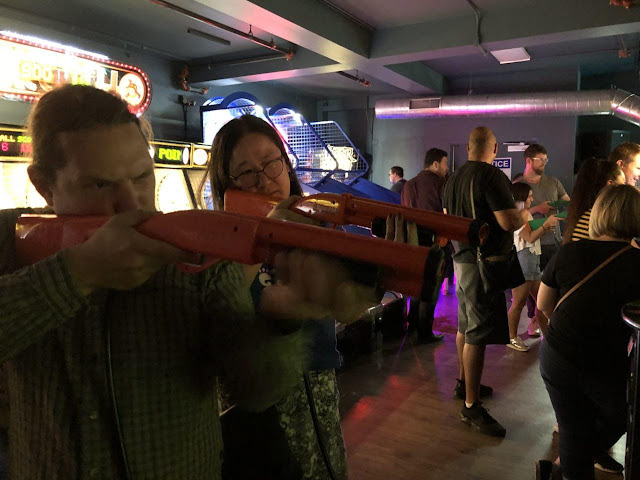 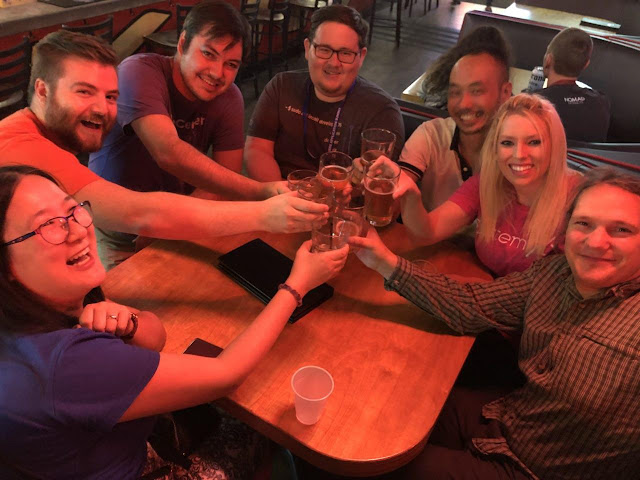 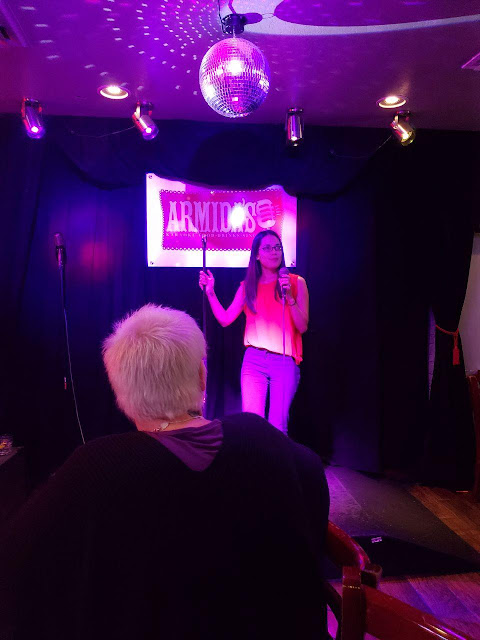 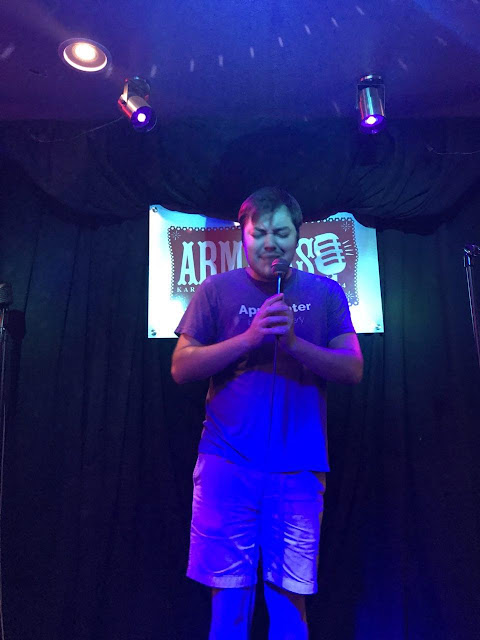 Hanging out with these fine folks in Denver was a blast, and even though I got sick and was inconspicuously absent for many of the photos, I still am coming away with far closer friendships than I came in with. This was my first chance to meet Neil and a few of the other core GNOME folks, so that was excellent. I also found a couple of great new friends in Heather and Louisa, who are both exceptionally amazing individuals.

There were some issues with organization that I'd like to see addressed for next year, namely starting organization much earlier and hitting our deadlines, but none of these detracted from the quality of the event nor the fun we had. And with that, I'd like to personally thank the rest of the organizing team for making the event go off splendidly for all who came! I'd also like to thank the GNOME Foundation for sponsoring both Caroline and my attendance of the event. Without the support of GNOME we would have been unable to have had such a great event. 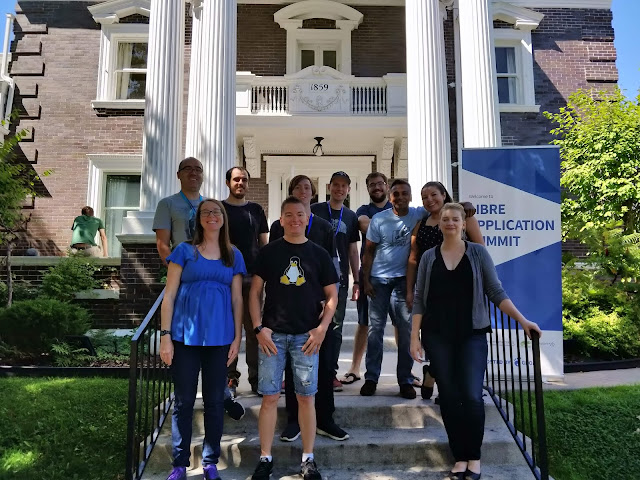 September 11, 2019
Again, I'm late with this post, but with work, travel, and GUADEC my life has been a bit of a whirlwind of late. But here it is, my thoughts on West Coast Hackfest and the work that myself and the Engagement Team did during that time. Firstly, I'd like to thank the GNOME Foundation and the Travel Committee for approving my travel to this event. This was my first official hackfest as part of the GNOME Foundation, so it was a pretty big deal for me to attend. The event was hosted at a local communal work space, and we were able to get both halves of their conference room for the full 3 days of the event. This venue was extremely nice and pleasant to work in, and many of the people who work in the building stopped in to let us know that they were fans of what we were doing and knew all about GNOME and the Foundation. Productivity wise, I think the atmosphere and professionalism of the venue lent itself to us all getting work done efficiently. During the first day, t
Post a Comment
Read more

July 20, 2018
GUADEC 2018 has come and gone, and with this being my first FOSS event I have a number of thoughts about what I was expecting and what I'm coming away feeling. This is part 1 of a multiple episode recount of my GUADEC 2018 experience. Before GUADEC How exactly did I get here? The lead up to GUADEC was fast-paced enough to give someone whiplash. Up until a few short weeks prior to GUADEC's commencement I was just a simple GNOME user. A month or so before GUADEC, the timing being totally coincidental, I tweeted Nuritzi, a person whose name I had just learned after seeing the GitLab + GNOME announcement video, asking her if she would be willing to speak on her perspectives in tech at my University. Being the President of the GNOME Foundation board of directors, I wasn't really expecting an answer to be honest. However, not only did she answer my tweet, she and I had a short phone call later the next day, and the next thing I knew I was on the GNOME Engagement Telegram t
Read more